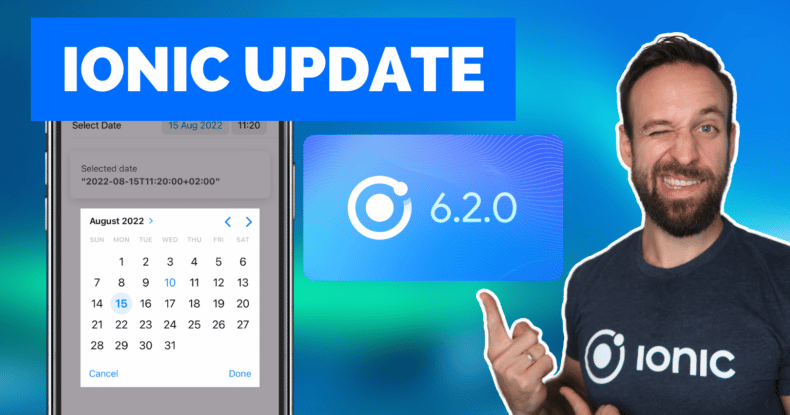 Ionic released a minor new version, but the changes are worth a major release as there are some significant improvements to datetime and other components!

With Ionic 6.2 you get access to a new component called ion-datetime-button, additional features for datetime and checkboxes and some small bugifxes.

Installing this update is as easy as running npm i @ionic/angular@latest or the according package for Vue and React!

The full quick win with snippets is only available to Ionic Academy members.
Join now for