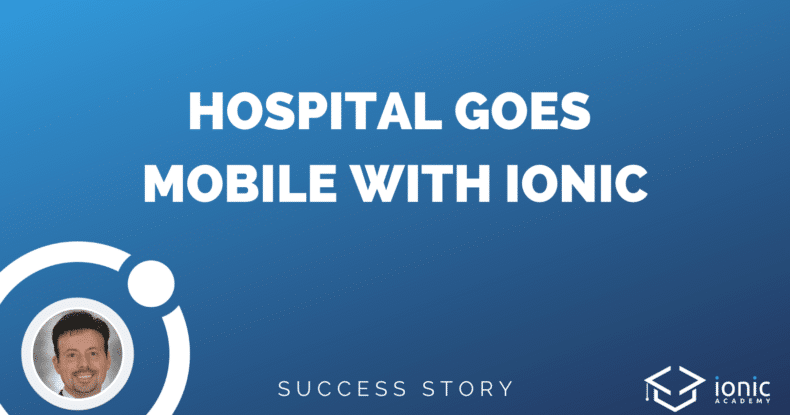 While the main focus of all hospitals is patients and their health, this doesn’t mean you can’t serve them even better with mobile apps!

Most hospitals don’t have a huge IT department, and so they are limited in capabilities to develop their own web tools and applications.

Hiring native developers is a cost factor that’s hard to argue, but most internal developers already know about the web, which is enough to build something truly helpful for the medical services these days.

John stepped in when the his employer was looking for someone capable of building mobile applications, but read the full story yourself.

My name is John Cressman. A married programmer who just turned 50. I’m an author, magician and hypnotist – in addition to my full time job.

I am a senior web developer for Lehigh Valley Health Network in Allentown, Pennsylvania, USA. I’ve been with the hospital for over 20 years.

How did you get into mobile apps?

About 15 years ago, I had an idea for a self hypnosis mobile application. I worked with some developers, created and marketed it. So when my work asked who knew about mobile apps, I volunteered and wrote the hospital’s first mobile application using Corona SDK.

Why did you chose Ionic?

When we were looking to update the EMS Pro mobile app, I wanted to move away from Corona SDK and looked at other platforms. Ionic appealed to me because I’m a web developer and the web technologies it used were familiar.

I took some Udemy courses and watched some YouTube videos. My search for more learning eventually brought me to Ionic Academy.

The lessons and quick wins helped immensely with my project.

The Quick Wins and Courses are great and I also enjoy the forums and have gotten a lot of help from them.

Getting a consistent look across Android and Apple was one challenge. The other was the fact that Apple broke the built-in document viewer functionality a week after we released the app and I had to scramble to fix it.

Several of the quick wins lived up to their name and helped me with certain functionality within the application – like viewing PDFs.

Right now, we are looking at exploring other opportunities to leverage Ionic in the future.

John is an awesome addition for the hospital and all EMS using the app, and continues to provide value through further applications.

If you want to build mobile apps for your company and quickly learn Ionic, you can become a member of the Ionic Academy today and roll out your first applications in no time as well!